An effective education system requires ongoing, meaningful and accurate feedback data for evaluating education performance at a macro level (system performance at different units of scale, i.e., school, district, state, and nation) to provide a foundation for informing policies, system interventions, and reform measures, as well sheds light on our performance in the areas of participation, quality, equity, and efficiency.

Benchmarking is a key element of measuring education performance.  It involves identifying the best critical performance indicators, and comparing the results to standards and across various aspects of an education system.   Without such indicators, it is impossible to evaluate the effectiveness of our education system or make sound decisions about school reform initiatives.

Standardized Tests are among the best tools for providing overall student performance data for large groups of students across demographics, schools, and states.

The National Education Assessment Progress (NAEP) has often been called the gold standard for standardized academic testing because of its constant rigorous scrutiny.  It tests 4th, 8th and 12th grade students in reading and math every two years, and a wide range of other subjects less frequently. NAEP reports student performance by three achievement levels, or benchmarks: “Advanced” represents superior performance, “proficient” represents solid academic performance, and “basic” denotes partial mastery of prerequisite knowledge and skills fundamental for proficient work at each grade. NAEP also reports data on students who are “below basic.”

PERFORMANCE RESULTS:  Reading, Math, Science and Civics for ALL STUDENTS

An unacceptably low percentage of students are at or above proficient in core subject areas.  As of 2019, only 37% of 12th grade students are proficient in reading, 25% in math, 22% in science, and 24% in civics.  Scores for the other two tested grades (4th and 8th) are comparably low. 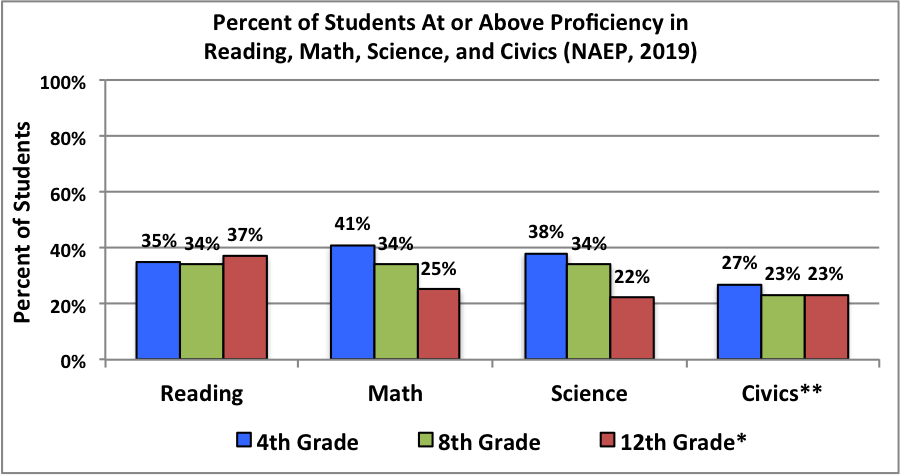 Figure 1.    NAEP: Percent of students at or above proficiency in reading, math, science, civics  (NAEP, 2019) 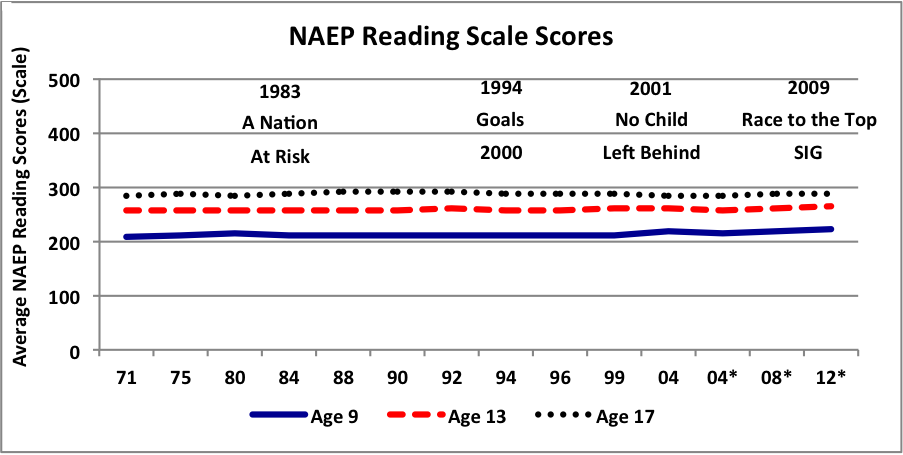 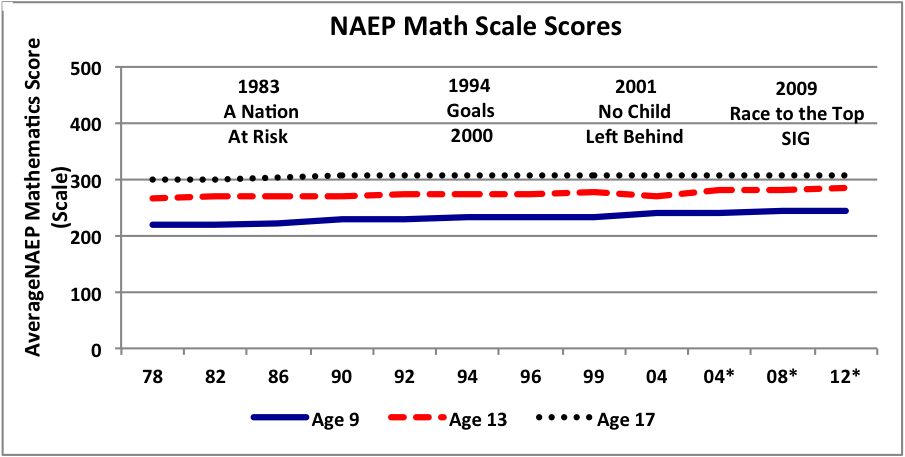 PERFORMANCE RESULTS: Reading and Math by LOCALITY (States and Cities)

State NAEP scores vary widely.  The following table averages the proficiency data across fourth and eighth grade reading and math scores.  It lists the ten states with the highest performance, and ten with the poorest performance.

Massachusetts had the highest aggregate score with 46.9 % of its 4th and 8th grade students being proficient in reading and math.  The remaining top tier states averaged from 39.7 to 44.3 percent.  Even the scores of the top ten states are unacceptable as they portray systems where half or more of the students are not at proficiency levels in reading and math.  The ten poorest performing states had proficiency scores in the 20% range, with New Mexico having the lowest percentage of 24.1%.

City NAEP scores also vary widely.  Overall the scores of major cities were lower than the national average (28.3 proficiency versus 35.8%).  But at the individual city level, some of the scores are staggeringly bad. Philadelphia, Shelby County, Fresno, Milwaukee, Baltimore, and Cleveland all have proficiency levels under twenty percent.  Only 5.2% of the 4th and 8th grade students in Detroit are at or above proficiency in reading and math. 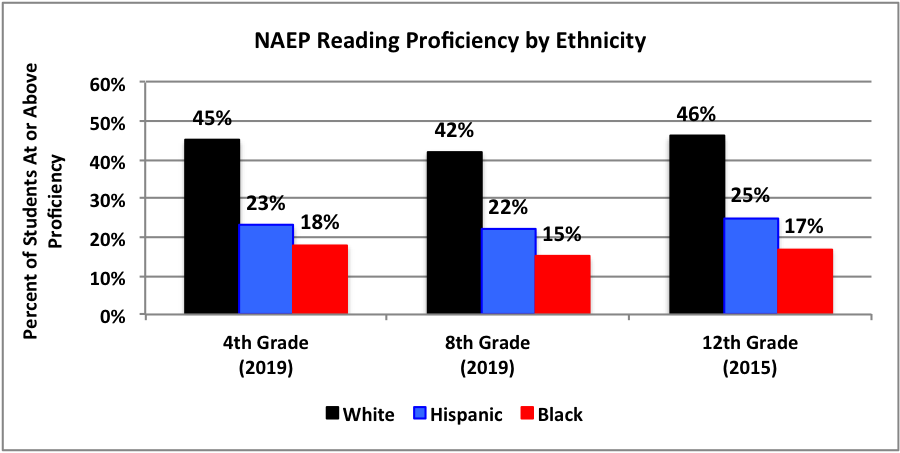 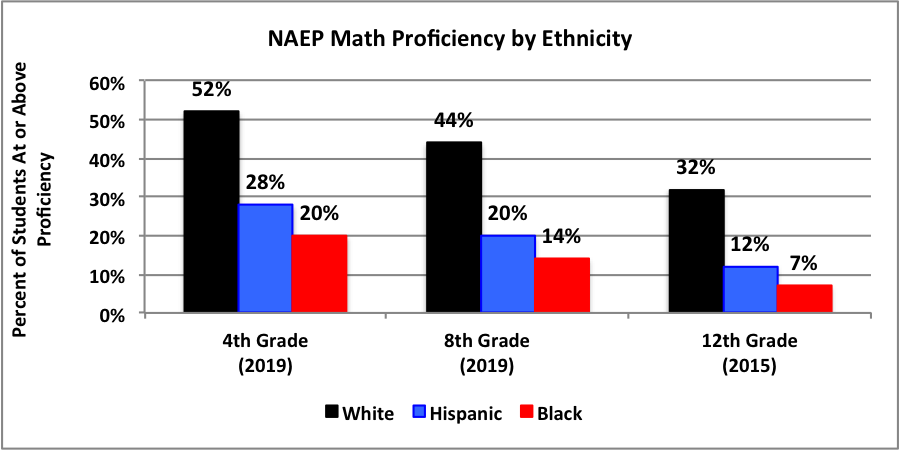