What is the turnover rate for school principals?

Why is this question important? School principals are the second most important school-related factor, after teachers, in influencing student performance, accounting for about a quarter of total school effects (Marzano, Waters, & McNulty, 2005). There is increasingly clear evidence as to which practices of principals are associated with teaching effectiveness, student achievement, and high-performing schools (Robinson, Lloyd, & Rowe, 2008). Research suggests that the turnover rate of principals can have a significant impact on the quality of school performance. It can lead to greater teacher turnover (Béteille, Kalogrides, & Loeb, 2012), have a direct negative effect on student and school achievement (Burkhauser, Gates, Hamilton, & Ikemoto, 2012), and prevent large-scale change efforts that require approximately 5 years of leadership continuity (Seashore Louis, Leithwood, Wahlstrom, & Anderson, 2010). It is important to track principal turnover data to identify trends, see where turnover is the greatest, and provide a baseline metric for change efforts. 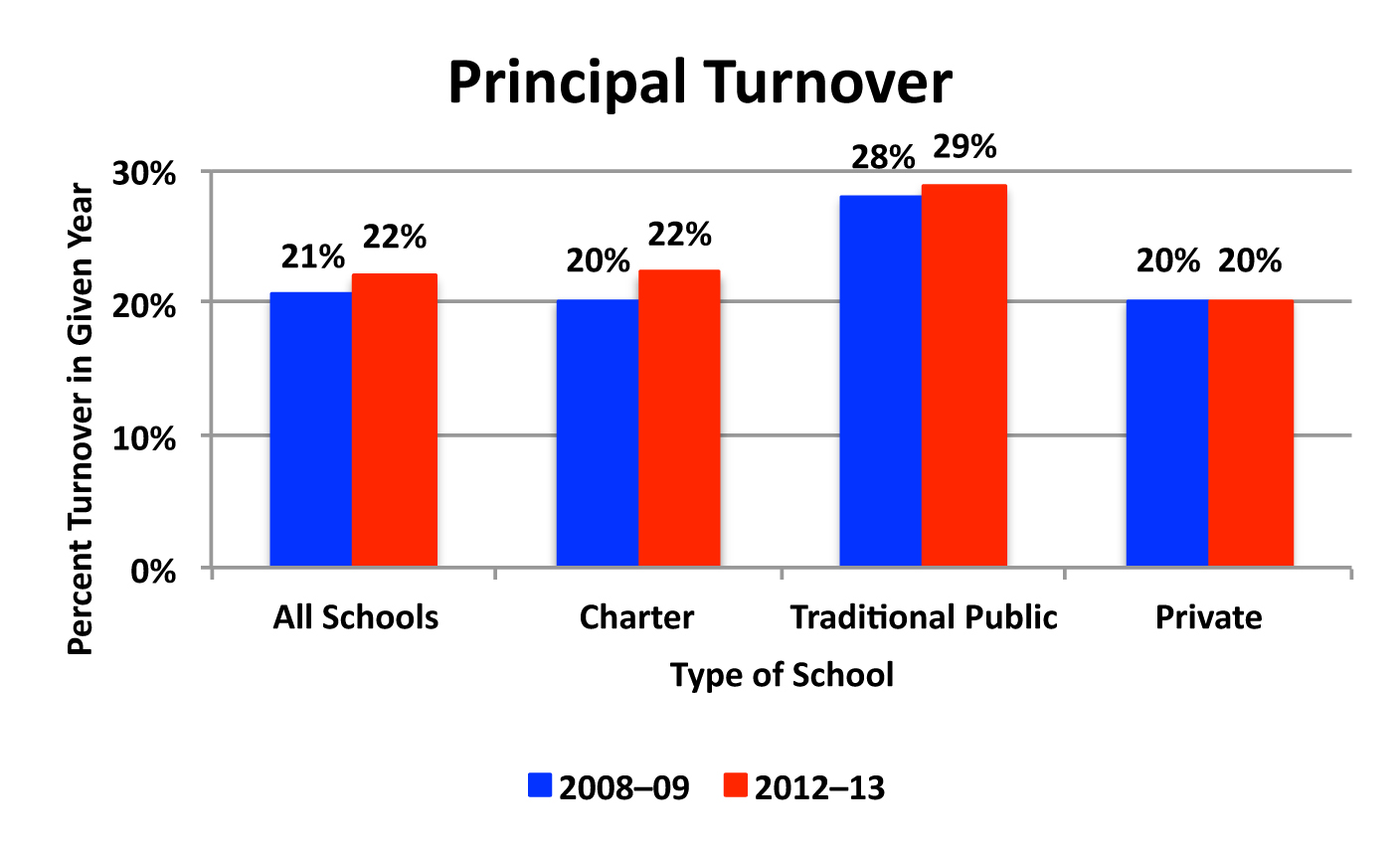 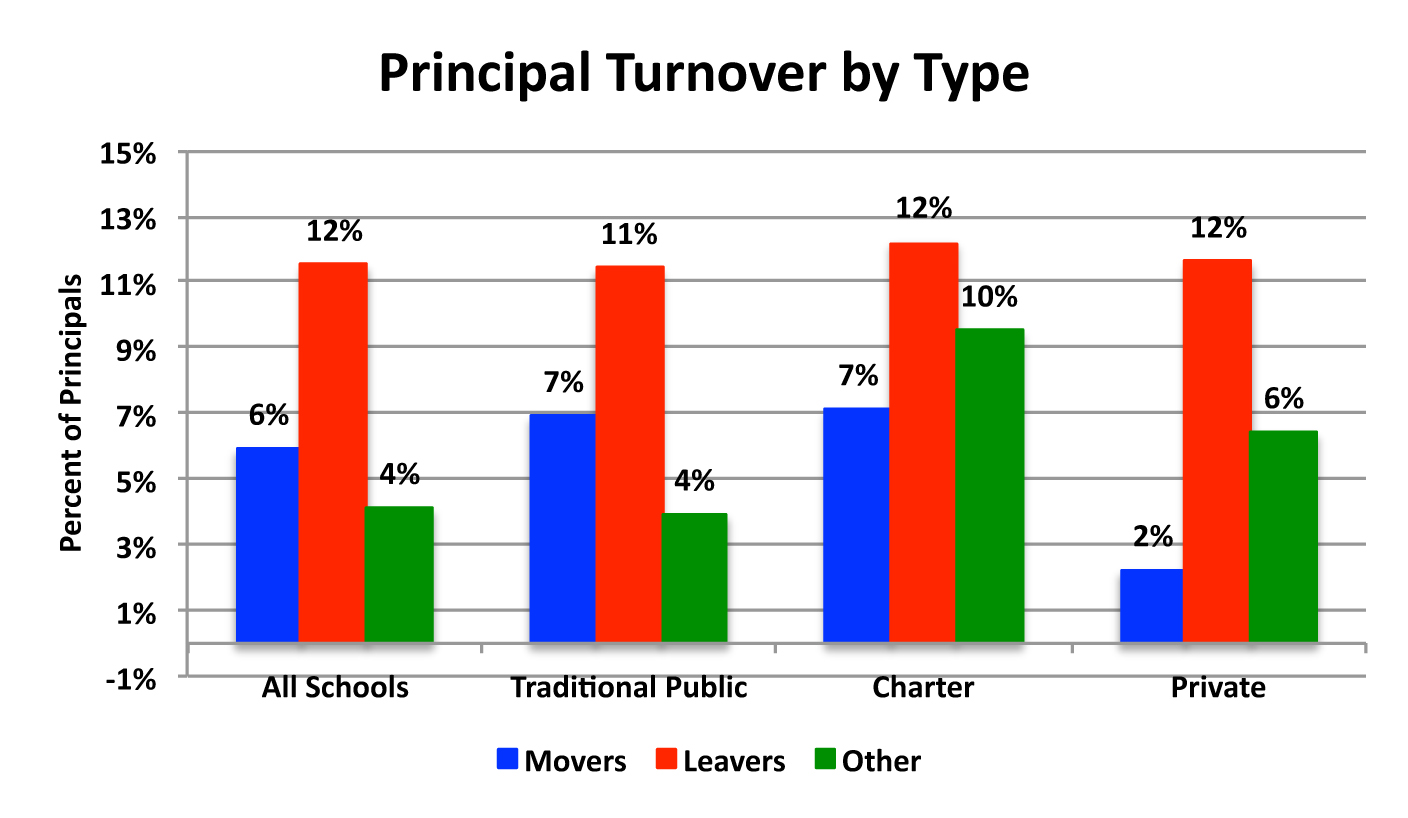 A more exhaustive analysis of "leavers" and "movers" is handicapped by the relatively high percentage of principals who left their current schools but for whom further information is unavailable.

Implications: Given the critical role of principals in a school's success, turnover is a significant problem. The fact that one in five schools lost its principal in the 2008–09 and 2012–13 school years—and that the situation has not changed over the 5-year period studied—suggests that the system is not successful in recruiting, training, and supporting school principals.

The data also highlight the need for new principals to come into the system. At least 13,160 positions were vacated by principals leaving the profession, and there are as many as 3,280 additional openings, depending on where those in the "other" category went.

Study Description: The 2012–13 Principal Follow-up Survey (PFS) is a component of the Schools and Staffing Survey (SASS), a nationally representative sample survey of public and private K–12 schools, principals, and teachers in the 50 states and District of Columbia. The purpose of the SASS is to collect information that can provide a detailed picture of U.S. elementary and secondary schools and their staff. It was developed by the National Center for Education Statistics (NCES) of the Institute of Education Sciences within the U.S. Department of Education and was conducted by the U.S. Census Bureau.

The SASS covers a wide range of topics including teacher demand, teacher and principal characteristics, general conditions in schools, principals' and teachers' perceptions of school climate and problems in their schools, teacher compensation, district hiring and retention practices, and basic characteristics of the student population.

*study from which graph data were derived