What is the relationship between hours of instruction and math and reading achievement?

Why is this question important? Extending the number of hours students spend in school is a common intervention employed in school reform. Increasing the number of school days and lengthening the school day are examples of structural interventions commonly embraced as ways to improve student achievement scores. Because increasing the total number of hours of instruction comes at a cost, it is logical to gauge how effective such an increase would be in meeting expectations. Current methods for researching this question have proved challenging. Randomized controlled trials are difficult to design for units as large as schools. Examining available international data is one avenue to expand understanding of this important but complicated topic. 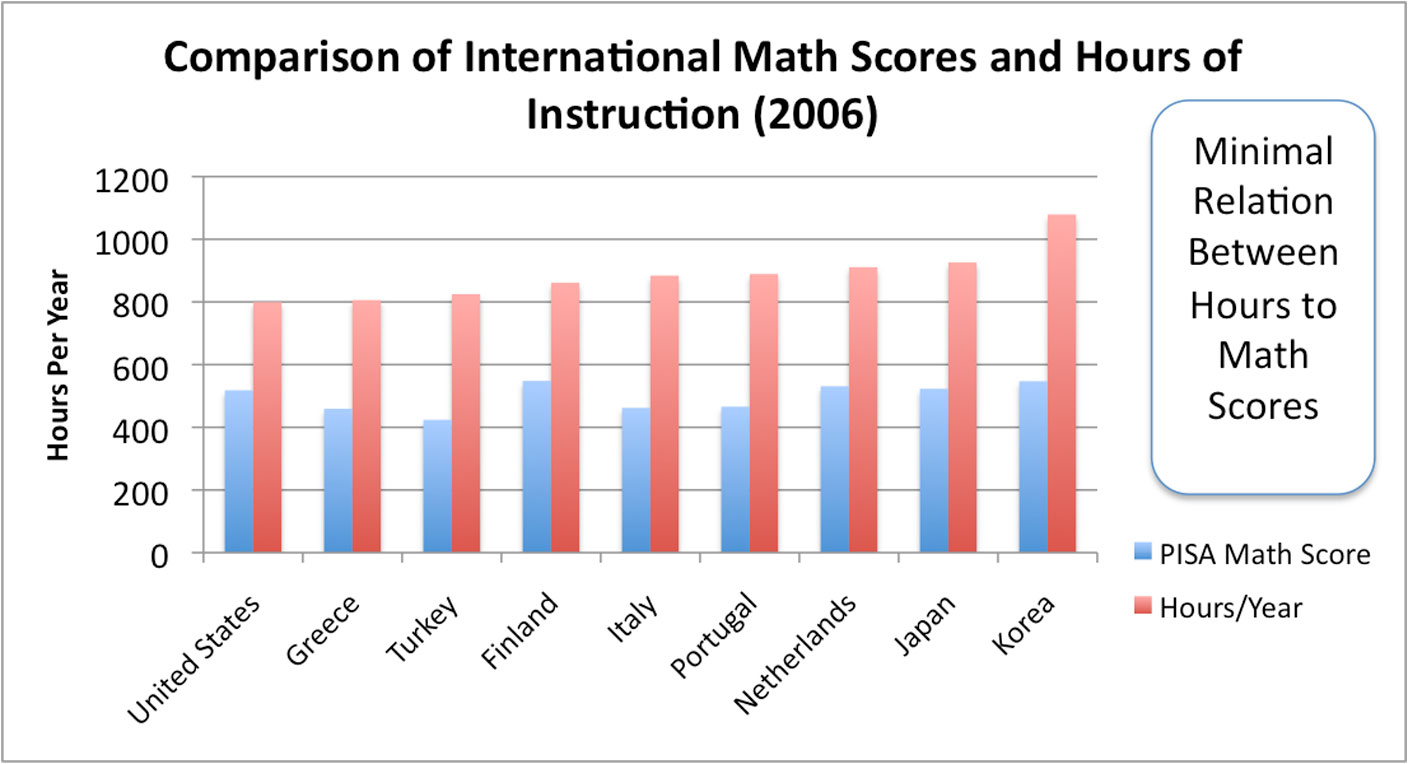 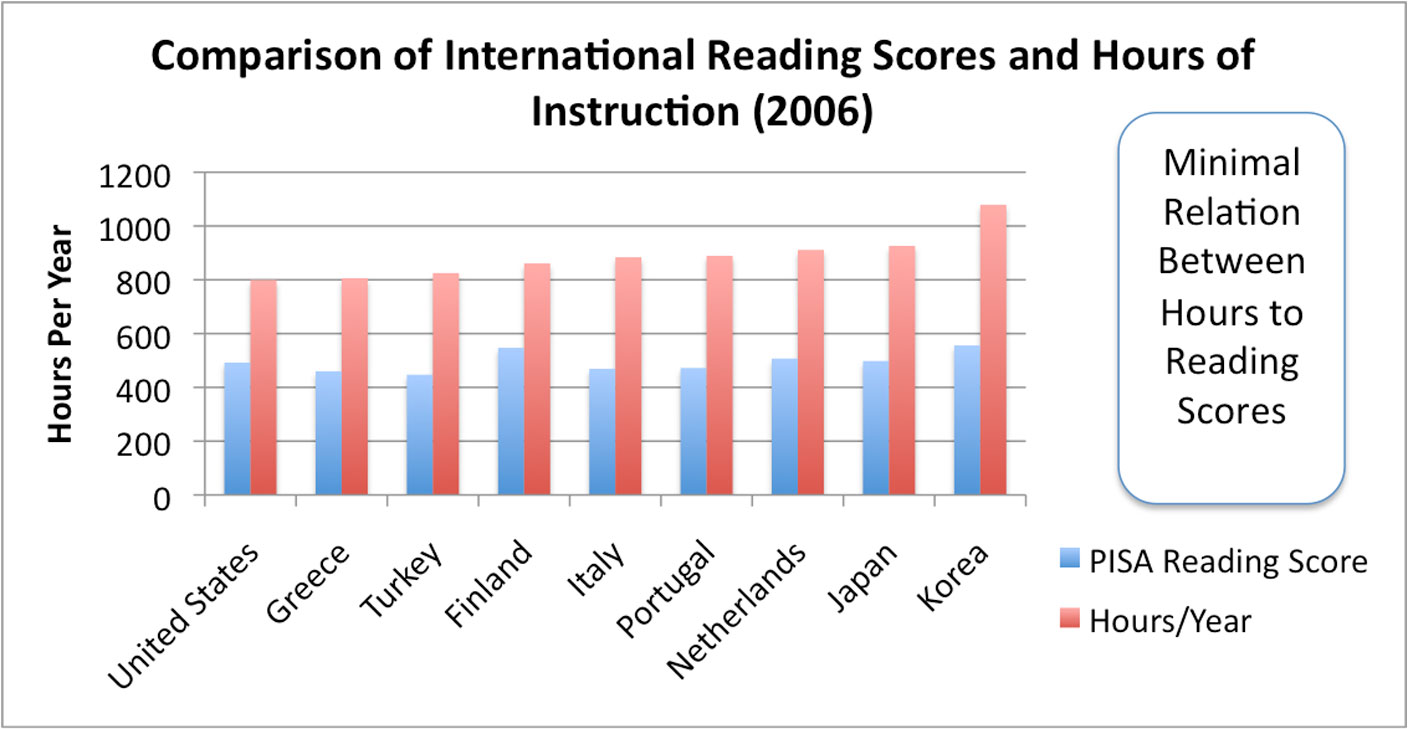 Source(s): On the Clock: Rethinking the Way Schools Use Time, 2007

Result(s): International test results from 2006 showed that U.S. students were still lagging behind many other nations. The United States ranked 24th out of 48 nations in mathematical literacy based on the Program for International Student Assessment (PISA) for 15 year olds. But the relationship between test scores and the amount of time spent in school is not as simple as it might appear. When student math scores were correlated with the total number of hours students annually spent in school, the results did not reveal a strong relationship between higher scores and longer student hours.

An analysis of PISA reading data for 2006 provided similar results as the math analysis. There did not appear to be a strong relationship between higher reading scores and longer school hours.

When David Baker (2004) studied the effects of time in countries participating in both PISA and Trends in International Mathematics and Science Study (TIMSS), he found either a weak positive relationship or no significant relationship between more instruction time and improved scores. Both Baker’s 2004 research and the 2006 PISA results suggest that variables such as teaching practices, student culture and curricula, and general educational philosophy played a more important role in student achievement.

To effectively leverage time in school as an improvement strategy, decision makers must better understand this topic. Current research is insufficient in quality and quantity to offer a clear understanding of the impact of time in school on achievement. To improve this picture, educators need to:

Publisher(s): This report is a summary of the available research on the topic of time reform in schools. It examines attempts to correlate 2006 international PISA test results with total time spent in school.

Study Description: This report is a summary of the available research on the topic of time reform in schools. It examines attempts to correlate 2006 international PISA test results with total time spent in school.