What is the most cost effective enrollment size for a school?

Why is this question important? The trend over the past 75 years is for schools in the United States to grow in average enrollment This growth was partially the result of the urbanization of the country as well as a response to economic theory. The theory of “economy of scale” was rapidly adopted beginning in the 1960’s. The theory postulates that as units of operation grow the units become more cost effective to operate. The search for an optimum unit size offering the lowest cost per unit led to ever increasing school enrollments. It would be wonder if a straightforward solution, such as school size, could be found to reducing the cost of education.  Can school size save the education system the cost of educating each child? 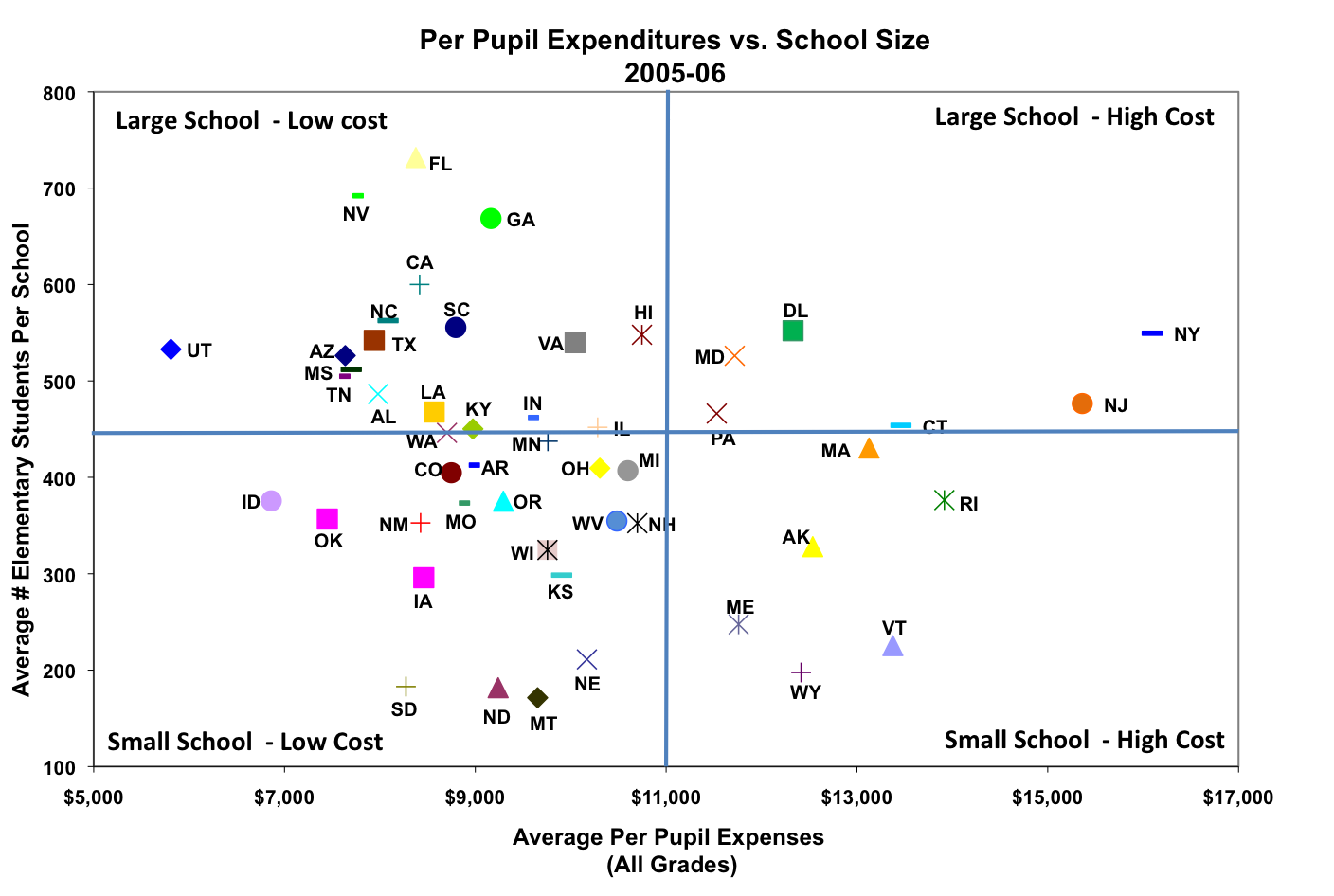 Wing Institute Literature Review: The Wing Institute conducted an analysis of 16 studies on the relationship between school size and cost.

Cost Studies of School Size Reviewed for this Analysis

Graph #1: The analysis compares data obtained from the National Center for Education Statistics (NCES) Digest of Education Statistics. Data compared data for the school year 2005-06 for average elementary school size and the average cost per pupil for all schools.   This data was used to produce a scatter-gram of school size for each state versus per pupil funding level.

Graph #2: The study was a review of the literature examining the way research and practice has shaped the average size of schools in the United States since 1970.

Literature Review: This literature review looked at studies of the cost and the average school size conducted since 1980. The review was completed utilizing EBSCO publishing and Google Scholar.

Related Research: Is the Average Enrollment of Schools Growing? and School Size vs. Student Achievement

Gooding, R. Z. & Wagner, J. A. (1985). A Meta-Analytic Review of the Relationship between Size and Performance: The Productivity and Efficiency of Organizations and Their Subunits. (EJ335697). Retrieved November 30, 2009 from ERIC database.