Do student achievement and poverty have an impact on principal turnover?

Why is this question important? The turnover of school principals has been shown to have a negative impact on schools and students. The loss of a school's chief manager, guide, and leader can result in stalled initiatives, significant teacher turnover, lower achievement, and lost revenue (Fuller, Young, & Baker, 2007; Miller, 2013). An examination of the disaggregated data on principal tenure heightens the serious nature of the problem. Beteille, Kalogrides, and Loeb's 2012 study found that principal turnover was significantly greater in the very schools requiring the most assistance; namely, schools with the highest concentration of children of poverty and with a history of low achievement. It is important to note that this tendency is especially troubling given the fact that schools whose student bodies consist of high concentrations of students in poverty consistently lag behind in achievement (National Center for Education Statistics. (2013). 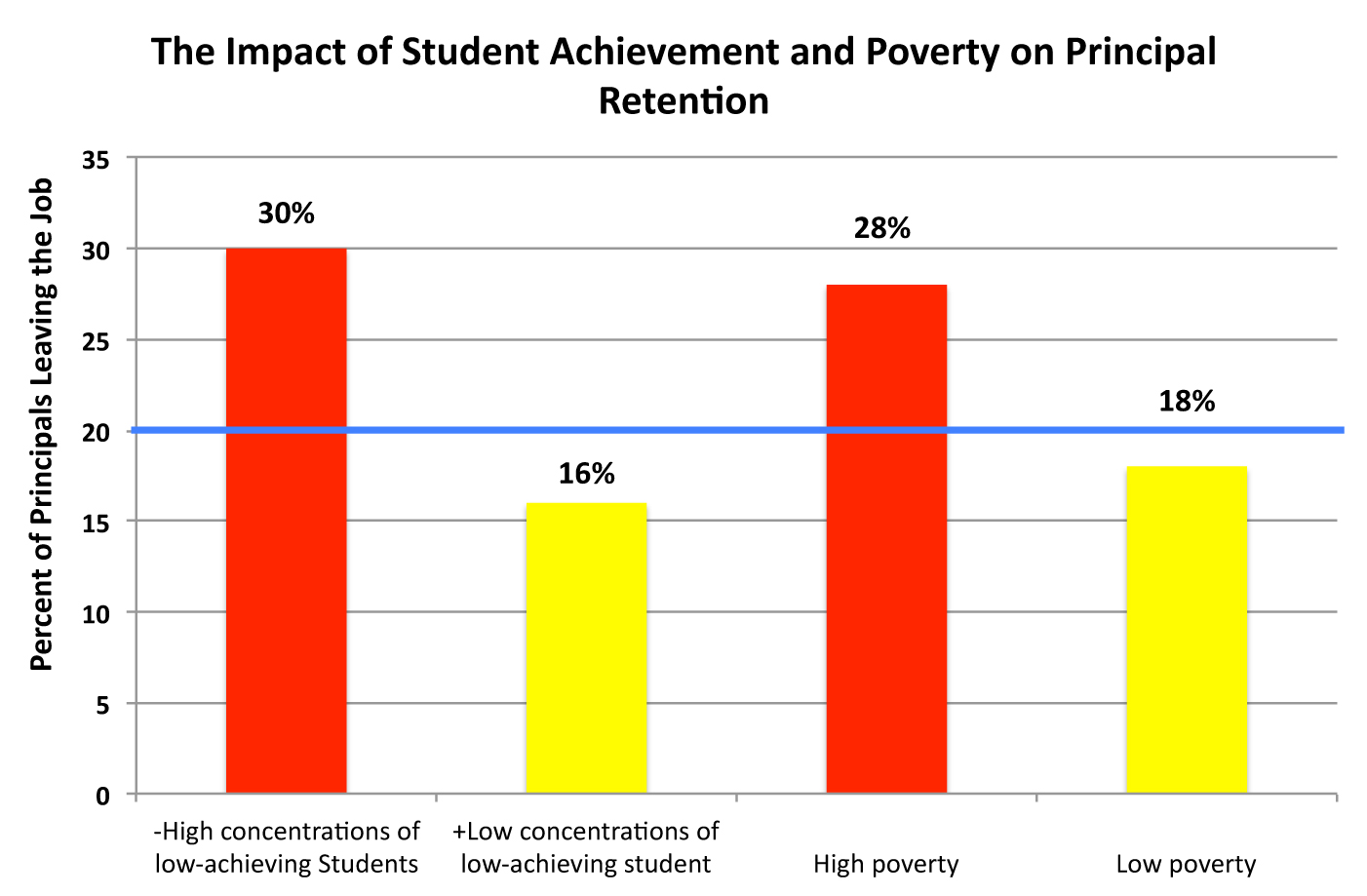 Implications: On the whole, the Beteille et al. study found that principal turnover had a negative consequence on schools. The high rates of poverty and low achievement tended to persist with the introduction of each new principal. A consistent pattern of low student performance has a compounding effect as it leads to shorter tenure at the top leadership position, undermining reform efforts, reducing employee morale, introducing elements of chaos into the organization by shattering established relationships among employees and school leaders, and sowing the seeds of uncertainty about existing goals and expectations. The result is employee dissatisfaction, increased teacher turnover, and the institutionalization of a culture of failure.

The study suggests the need for innovative methods to break this cycle. The factors that support and maintain the current model, which encourages flight from the very schools requiring the best talent, must be reversed if lasting change is to occur. The recruitment of specially trained leaders and teachers who are paid salaries commensurate with the challenges of turning around failing schools is essential; that will create the stability and sustainability needed for interventions to become a part of the school's culture.

* Study from which the graphed data were derived.